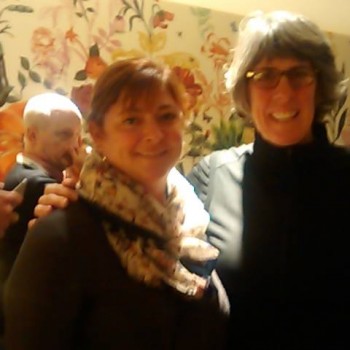 What could a teacher from Minnesota possibly have in common with a Papuan traditional Leader, a Poet Activist, and a Deputy Secretary General of AMAN? A plea to climate negotiators to hear our voices and protect our environment for future generations.

This morning I had the privilege to speak to Beckie Alexander, a middle school teacher from Minnesota, about why she was so committed to coming to COP21. She told me she had recently realized that the target of zero emissions by 2050 would come about when her children and her students are about her age, and she wondered if the negotiators and leaders fully understood the enormous responsibility they had to protect the futures of today’s youth. Preserving the beauty and diversity of nature – not to mention economic stability and global security – for future generations is inextricably linked with climate change. 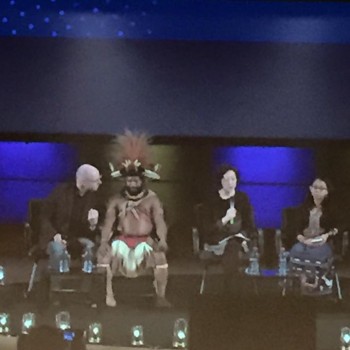 Later on in the day, we attended an event at UNESCO to learn how powerful narratives can create a way to effect change. Three Indigenous Peoples took to the stage to express their hopes and fears for these climate negotiations. Mundiya Kepenga told us through a translator how he came to Paris to express his fears of drought and deforestation in his country, Papau New Guinea. He spoke of how, in his culture, the trees are their brothers, and as they look down on us, it is our job to protect them. He worries that they will no longer be there in a warmer world, and says, “if they vanish, we vanish together.”

Mina Setra from Indonesia proclaimed the undeniable right of Indigenous Peoples, who are on the front line of climate change effects, to have a voice at the COP. They should be protected from impacts that are rained upon them because of actions taken far away. What will they have left to preserve if they are not granted rights in the negotiations?

Lastly, we heard from Kathy Jetnil-Kijiner, a poet activist who only recently realized the importance of advancing an adequate treaty at COP21. She became aware of the need for global action on climate change when she moved home to the Marshall Islands, and watched high tides flood her neighbors’ homes and hospitals, which needed to be evacuated. She shared some powerful poetry with us that certainly brought an emotional response from me. It’s a very powerful thing to listen to people who have the smallest footprint plead for justice and protection from those who have left the largest. We are all one world, and we all want to leave something better for our children and their children. That is why we are here at COP21.