As restrictions start to increase at the Bella Center due to the inability for the center to hold a capacity greater than 15,000 (in addition to increased security purposes), our delegation has had to divide up our time in the center as we now only have 8 passes to enter. The change of schedule provided me the opportunity to spend time working with the youth delegation during the morning and hear from Naomi Klein as she made a special visit to share words of inspiration with youth. 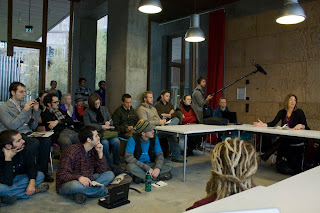 After swapping badges with delegates who attended the Bella Center in the morning, I was able to attend a presentation with Ban Ki Moon and Wangari Maathai. Today, Wangari Maathai was named a United Nations Messenger of Peace for her work with the Green Belt Movement and dedication to lifelong humanitarian efforts by UN Secretary-General Ban Ki Moon. 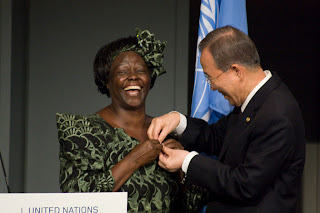 The audience was offered the chance to ask questions after the presentation, and of the five questions asked, three of them were in regards to youth and their influence on changing the world. When asked how youth could learn to become global leaders, Ban Ki Moon pointed out that the world needs not only politicians but humanitarians, people working on small-scale levels to make big differences. He also commented on the hope he gains from today’s youth in working hard to shape a better world.

If there are two words that have become prevalent throughout the briefings and sessions I’ve attended, they would be “youth” and “hope.” Leaders in the UN have continuously stressed their support for youth in being involved in the UN process in Copenhagen as well as leading movements within their own regions of the world. It’s inspiring to hear that those people who have aspired to create positive change for humanity put their hopes for the future in the capacity of today’s youth to work for a better world. 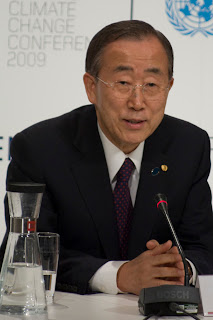