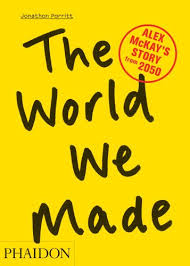 As part of Climate Generation’s November #TeachClimate Network meeting, we read The World We Made by Jonathon Porritt. One of our regular attendees, Sarah Niemeyer, an Earth and Life Science Teacher in Minnesota, wrote a detailed review about this unique book.

Set in 2050, The World We Made looks back on the past 50 years from the point of view of a history teacher, Alex McKay. The book paints a pretty picture for 2050. BUT…it also depicts the struggles necessary to get to that point. It’s not going to be easy, but if we can all put our differences aside, it can be accomplished. (“It” meaning the mitigation of the consequences of a warming climate due to an increase of greenhouse gases. Specifically, carbon dioxide.)

How did the book work as a story?

Initially, I found it a struggle to completely absorb in the book. HOWEVER, the more I read, the harder it was to put down each and every time. The sheer complexity of each societal change that occurs in the book from 2000 to 2050 doesn’t seem so farfetched even though it is set in the future.

The book was published in 2013, and there are topics covered from that year to 2017 that I agree had happened in reality and others that I only wish had happened in that amount of time. I particularly like the fact that each change or action in the book is presented with both the positives (a light at the end of the tunnel, if you will) and the negatives (or struggles) that needed to be overcome.

“How can religion and culture go on ignoring the basic laws of nature?!”

Part of an email from the author’s father speaking of the conflict between the Palestinians and Israeli settlers on water; they think it is their “inalienable birthright”.

How did the book work scientifically?

I love that fact that the author includes data with each societal change that occurred from 2000 to 2050:

Data, data, data!!! Although fictional, the book definitely puts things into perspective when thinking about where our current measurements are at and to what extent we could “survive” if they changed.

“Nearly everyone who had been denying the reality of climate change had shut up by 2016.”

How would I use this book with my students?

This book includes lots of images and “doodles” of different policies or explanations of topics.

There is also a great resources section in the back of the book titled “Connections & Inspirations”. This includes organizations and individuals currently “on the front line” of the worldwide movement for change. 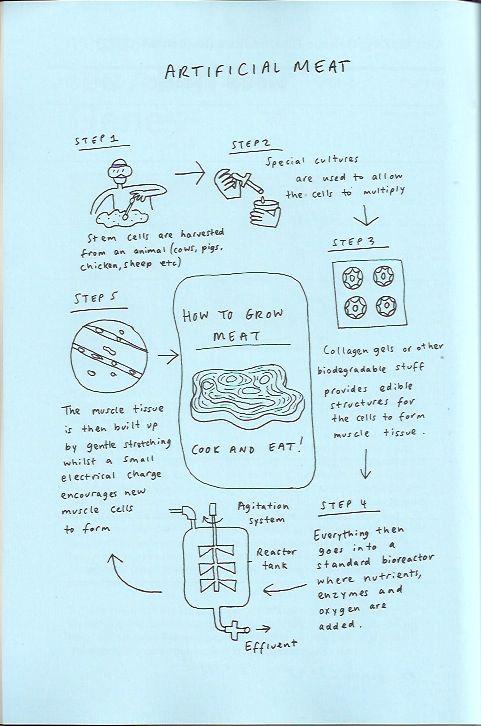