It was 92 degrees in Washington D.C. for the People’s Climate March last week. The normal temperature on April 29th is 71 degrees. I suppose it was Mother Nature’s way of protesting along with us.

Leading up to the 29th, Climate Generation helped rally educators from around the country to march with other Defenders of Truth in Washington, D.C. We had the privilege to march with 200,000 other activists, educators, scientists, and everyday people through the streets of our nation’s capitol to join together in a powerful demonstration of unity for jobs, justice, and climate action. It was apparent that educators from around the country want to teach climate change in their classrooms. We saw educators with signs that said “Even my 6th graders understand climate change” and “My 3rd graders get it, why don’t you?” 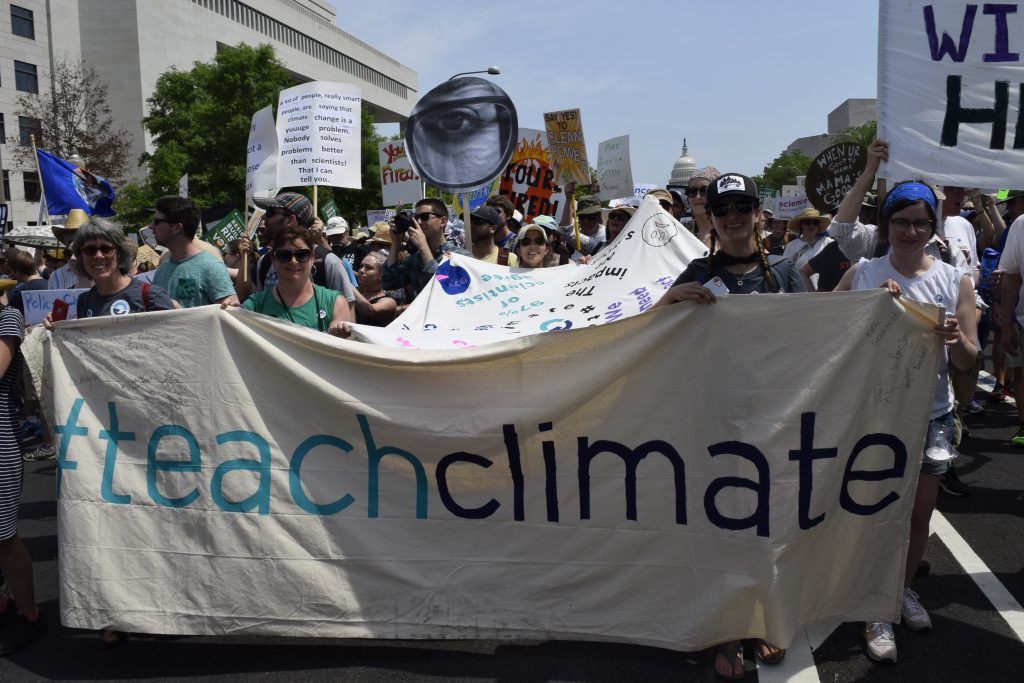 We were so inspired by the many people who chose to march for climate change education. We were also proud to be educators; the work that we need to do beyond the march is already clear. We go to work every day to #teachclimate. We know that today’s students will inherit the impacts of climate change and we have a responsibility to prepare them for the challenges and opportunities ahead.

For me, the march was a chance to show up for climate change education. I was honored to be representing teachers that couldn’t march and to help make their voices heard. As a former science teacher, I march for all teachers, to ensure they are able to teach the science and the social implications of climate change in their classrooms.

As you all know, the march was not the end, but just part of the journey we are on to work together to make sure climate change is addressed quickly, equitably, and with our children’s future in mind. Many thanks to those of you who joined us on Saturday as we marched with educators and other Defenders of Truth. It was an inspiring, hopeful, and powerful day.