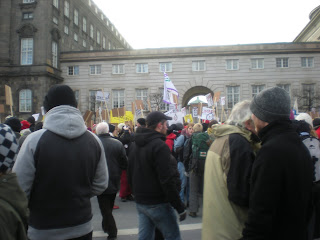 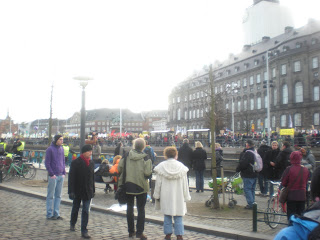 Yesterday’s march was thrilling. An estimated 100,000 people participated in the demonstration, and as someone who was there, my brain could not comprehend the scale of this massive call for climate action. While my camera is not shooting very defined pictures, I wanted to share what I have as we continue to write the story of what happened yesterday and what it means for the global climate movement.

The march consisted of 30 blocs with hundreds of people each. Expedition Copenhagen marched in bloc 5, which included youth constituents to the negotiations, 350.org, and the Tcktcktck campaign. Leading the march was the bloc of indigenous peoples. Our delegate Aurora participated in this bloc. Please see this video, from the UpTake, about why it was so important that indigenous peoples led this march.

At the end of the march there was a candle light vigil. A vigil was also held inside the Bella Center with Archbishop Desmond Tutu from 4-4:45 p.m., before the conclusion to the march.

I feel so lucky to have been able to take part in this day of action and feel energized to make the most I can of this next and final week of negotiations. Stay tuned. 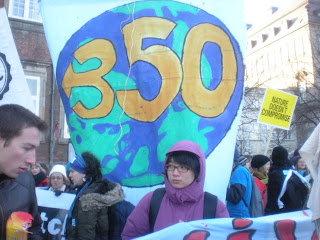 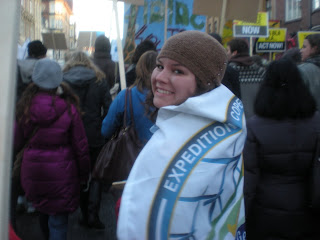