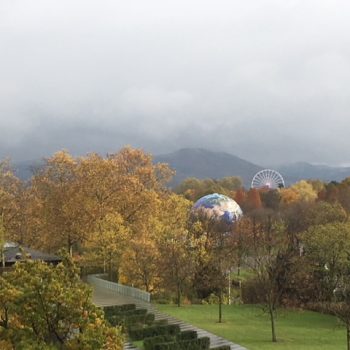 Today, we started our first day at COP23. I was really excited getting onto the train and heading into the Bonn Zone. When we entered, we got in and I was really impressed with how the building looked and how nice it was, even though it was temporary. From there, our day quickly devolved. Because of a miscommunication, we thought that Week two began today. What we found out when we got there was that it actually starts on Monday. The passes that we got were only valid for Week two, so we weren’t allowed to enter the conference. But, because of that we wandered into the Renewable Energy Conference inside the Post Tower in Bonn. 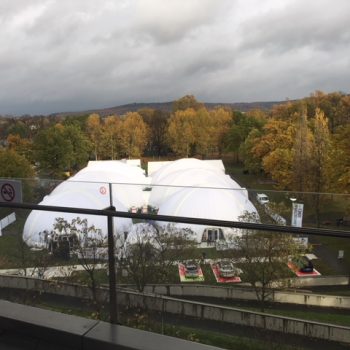 When we arrived, the conference had already started and two men that represented Chinese innovation companies were speaking. Much of what they were talking about was how to incorporate electric cars into the world and the E.U. One of the speakers was a representative for the Chinese government. This talk really showed how the Chinese are fighting to make new solutions to help solve the affects of climate change in their country. 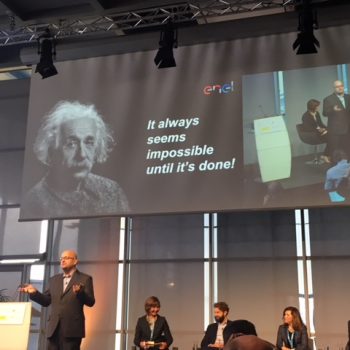 After that, there was the talk that I found the most interesting. It was led by Bertrand Piccard, the head of Solar Impulse Foundation. He is most famous for flying all around the world in a solar powered aircraft. His talk about how we can use solar power to help create energy for things both on the ground and in the sky really got me to think. In the future, it is possible that we will have solar powered planes, but will they be commercially used, and what will the public reaction be to this kind of aircraft? The other talking point he had was about using solar power on the ground. I think that this idea is already in large practice and that solar power is being used heavily around the world. 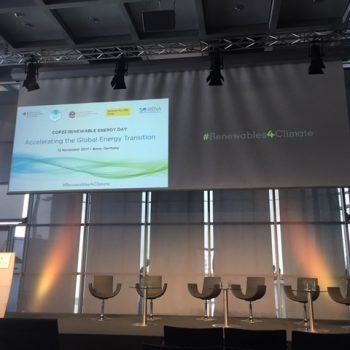 In the afternoon, we talked with a large panel of boardroom entrepreneurs about how they choose to be sustainable with their businesses. Each person had a different field of interest and expertise that was interesting. The most interesting one to me involved microgrids. Microgrids are where you can lay down a small gird for a rural community, such as in a city. This idea has a lot of interesting additional ideas that cover the problem of energy in a rural community. Microgrids can be powered by anything, so if you want to stay renewable you can power a microgrid using solar panels. I think that using microgrids to power rural and small towns can help connect people in the world. Many of us are really lucky that we are able to live and work in a connected environment and having that opportunity is really important.

Today, I learned a lot about many different sustainable and renewable solutions. I thought that it was nice to be able to hear all of this from politicians, executives, and entrepreneurs with different perspectives who had their own ideas about how we should combat climate change in this country. Overall, today went really well and I’m really looking forward to what the rest of COP23 looks like!