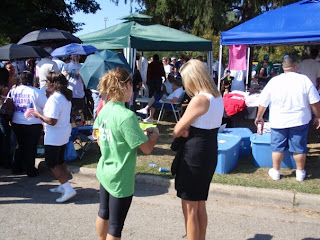 Exactly two weeks from now, eleven of my fellow youth climate engaged friends and I will be traveling to for the 15th Conference of the Parties on Climate Change.

Throughout the fall, our anticipation has been brewing as to what to expect of the negotiations. There has been uncertainty to if this year’s negotiations will actually result in a binding agreement, or just another step along the way. Analysts have predicted four options that could occur: no agreement, a decision or set of decisions, a politically implementing agreement, or a new legally binding protocol. Get the PDF.

Despite ongoing speculative domestic legislation and other unreliable politics, our youth delegation stands strong with our stance of demanding a strong, just, binding agreement to come be agreed upon this December.

This past weekend we learned of disheartening news from President’ Obama’s administration, admitting that a comprehensive climate deal was beyond reaches this year. Check it out.

Considering this, I thought back to one year ago, when this man became elected President of the , running by a platform promoting change. 2008 was the largest youth voter turn out in history, and for many of my peers, it was the first Presidential election we had voted on. In fact, many of my peers worked specifically on election work last year running a campaign, Powervote worked tirelessly to demand that the American public elected leaders that would commit to making clean energy a top priority in the election.

Maintaining this priority, we now have the responsibility to demand our elected officials accountability on such issues on a clean energy economy to secure the protection of our climate.

President Obama could have a tremendous influence on affecting our domestic legislation by attending the UN Conference, as our policy choices influence the rest of the worlds decisions. It is quite possible that the president will not make any progression towards an international climate treaty. As youth, we have the moral responsibility to hold our president accountable. There is no longer time for business as usual, we demand that the time for change is now!